If you grew up with a parent who grew cannabis (like I did), chances are they pulled some seeds out of some shake (the whole cannabis plant that’s also gone to seed), and threw them out by the shed in the backyard to grow.

I grew a bit, and years later, my pal from Germany sent some seeds in the mail from some random plant he smoked. It’s not like this anymore.

As growers perfect the taste, potency, and effect, of cannabis buds, knowing what you grow has never been more important.

Growing any old seed would be a waste of time for people who seek perfection in cannabis. Not to mention the initial choices between sativa, indica and hybrid — who knew?!

Good genetics and growing methods go hand in hand. That’s why hydroponics or growing on water ← (read why here), with added materials, has emerged as the leading method for growing cannabis. This method allows you to fine-tune and amplify all the goodness in the genes of the plants. It all starts with a good genepool.

So without much further ado, let’s get to that list. This will be helpful if you get to LA (get out to meet the Jungle Boys) or any dispensary in the region. If you aren’t from this world, be prepared for some hilarity as you smoke.

If you are looking to start growing and smoking for medicinal or recreational reasons you will need to know a little bit about cannabis culture. Getting familiarized with popular California strains is a great place to start.

Pro Tip: OG Kush is the grandmamma of cannabis strains in California and you’ll not likely find a West Coast cannabis strain that hasn’t been crossed with “Kush.” 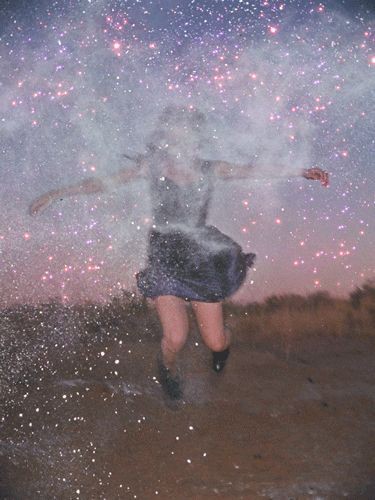 A cannabis strain that helps people find a happy place. The berry-flavored hybrid is the leading number one choice people seek in California dispensaries.

Yes, you read right. Those innocent girls that go around peddling chocolate and vanilla cookies around this time of the year for their dues, have a brand of Mary Jane named after them. A bit odd methinks. But as cannabis demonization is lifted, it just leaves us with a tickle. This strain is known for its potency, and is considered #2 in popularity in the sunny state.

Sounds like our summers attending junkyard crash ’em up derbies. I’ve never tried this sativa, but the taste of fuel is somehow forgiven after you experience a heady high that makes you want to get outdoors.

The mother of all strains is the 4th popular strain in California. But since it’s so often crossed and bred with others, you will often find an OG as part of the strain name. Many strains of OG Kush come branded with superstar names. Too many too mention. Just be on the lookout for them.

The “crack” here is referring to the crack in the universe that you see when you smoke this…This strain of marijuana offers a stimulant, inspiring fall-on-the-floor laughter to many who smoke or use it. Take note!

- is like the meat and potatoes marijuana strain. It’s a genetics built by the much-loved Sensi Seeds of Amsterdam to give a really balanced effect of energy, happiness and creativity. It’s a Dutch transplant to the US, with a woody flavor — much like I’d expect from Europe. Jack Herer, also known as the “Emperor of Hemp”, was an American cannabis activist and the author of The Emperor Wears No Clothes. He died in 2010 and his work lives on…

- is a cross between OG Kush and Skywalker whose name should SAY NO MORE. Just saying it out loud makes us feel like I am there. Known for potency and flavor, this indica is known to make you relax but still feel uplifted. Two traits one needs while sky walking, no

Started as a strain of its own in the 80s. It’s earthy, and tranquilizing. Good for weekends, holidays, and helping you get to sleep.

Considered a high-end strain in California. It looks fiery in appearance. Users say this hybrid gives one a sense of creativity and determination.

First bred in California’s San Fernando Valley and it’s known for it’s lemony and woody smells. Some say it has a Lemon Pledge funk!

Already growing? Here are 5 tips to getting the best cannabis buds.

We're giving away everything you ﻿﻿need ﻿﻿to grow hydro - right now!

TAKE ME THERE
Related Articles
Have you tried this secret cannabis growth hack?

Come Hang Out With Us!

Come Hang Out With Us!

Don't miss this chance to get all the gear you need to grow like pro!

I WANT IN
x